Scottish Councils have recently received a funding boost from the Scottish Government to invest in projects that support the introduction of Low Emission Zones (LEZs) – a key initiative introduced to protect public health by reducing levels of air pollution from road traffic.

A total of £4.5 million was provided through the Public Transport Provision (PTP) Fund in 2019/20 to local authorities and regional transport partnerships, in order to establish Low Emission Zone related projects in their areas.

To complement the LEZ in Aberdeen, a total of £25,000 was made available to help implement a pilot electric cargo bike scheme that would support businesses within the city centre.

The grant funding covered the cost of six electronically powered cargo bikes, a five-year maintenance plan and all related parts and accessories. A first of its kind in Scotland, the e-cargo bike scheme aims to provide a suitable green alternative to the small vans that businesses use to ferry goods across the city centre. It is thought that each of the e-bikes could replace the usage of one small van and will have a significant impact on reducing emissions levels across Aberdeen.

Businesses taking part in the scheme have the opportunity to trial one or more of the e-bikes for up to one year and are not required to cover the cost of maintenance or usage during that time. The aim of the project is to encourage businesses to consider investing in their own cargo bike for personal use after the trial period ends.

Due to the disruption caused by Covid-19, some of the proposed measures were altered to better suit businesses and users’ needs during the pandemic. For example, it had been planned that before being able to use the e-bikes, people would undergo a training programme to ensure safety and proper usage. This is not currently possible. However, this does not appear to have hampered the programme as people found the e-bikes quick to master. It was also initially planned that the scheme would be restricted to Aberdeen city centre; however, this rule was also relaxed to better suit business needs.

Despite increased interest in the initial stages of lockdown, uncertainty surrounding lockdowns and shifting restrictions meant that demand for the scheme was lower than expected. Nevertheless, those who took part in the scheme remained willing to continue using the e-bikes throughout the trial year.

Feedback thus far from users of the scheme has been overwhelmingly positive. Businesses who may not have considered e-bikes as a viable alternative can now see the benefit and are considering using them as a long-term addition to their operations. Within just three months of the project, which has only used half of the available six bikes, over 30kg of CO2 has been reduced that would have otherwise been released from small vans, over £51 of fuel has been saved and 575 miles have been ridden on the bikes. 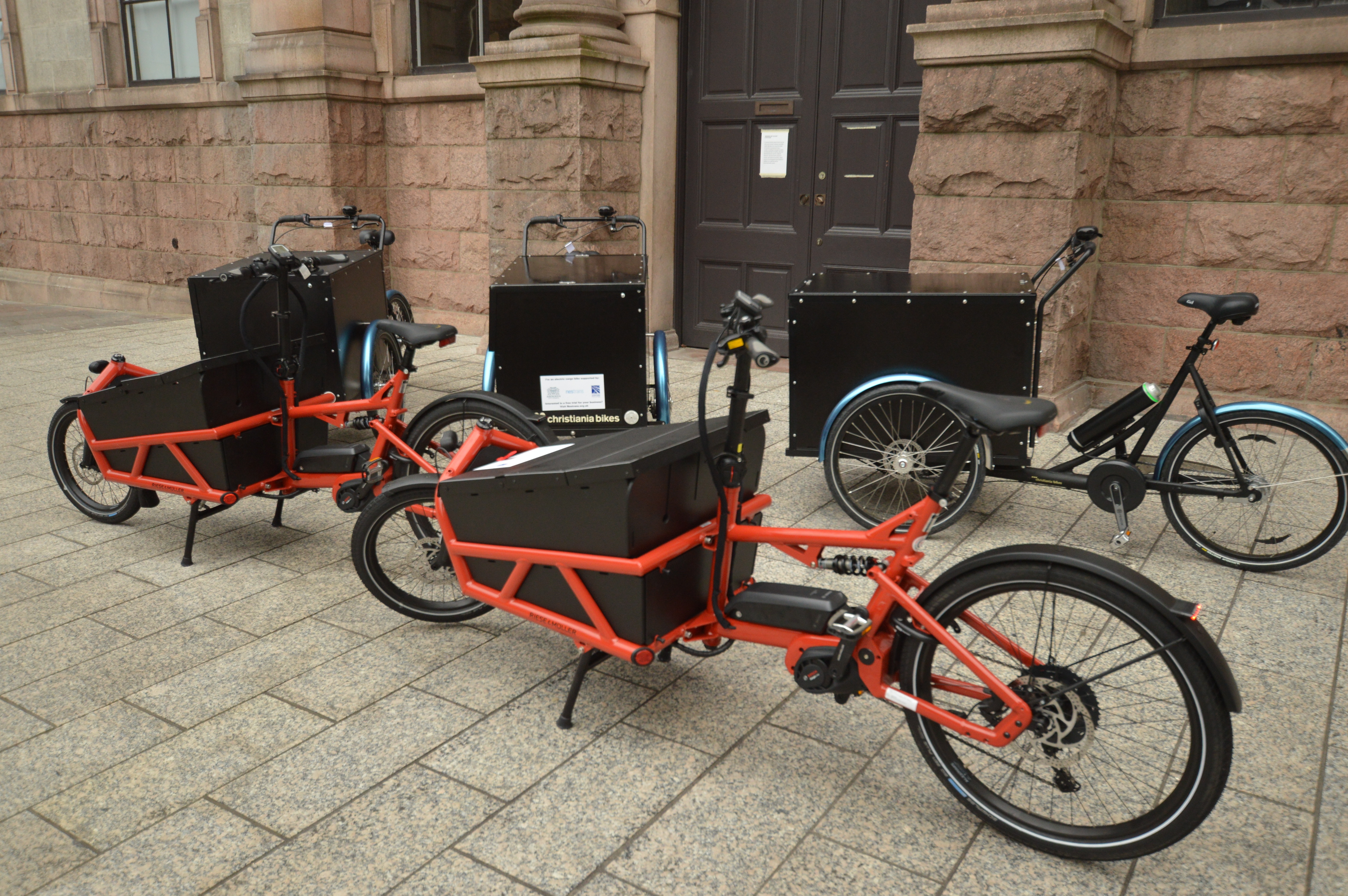