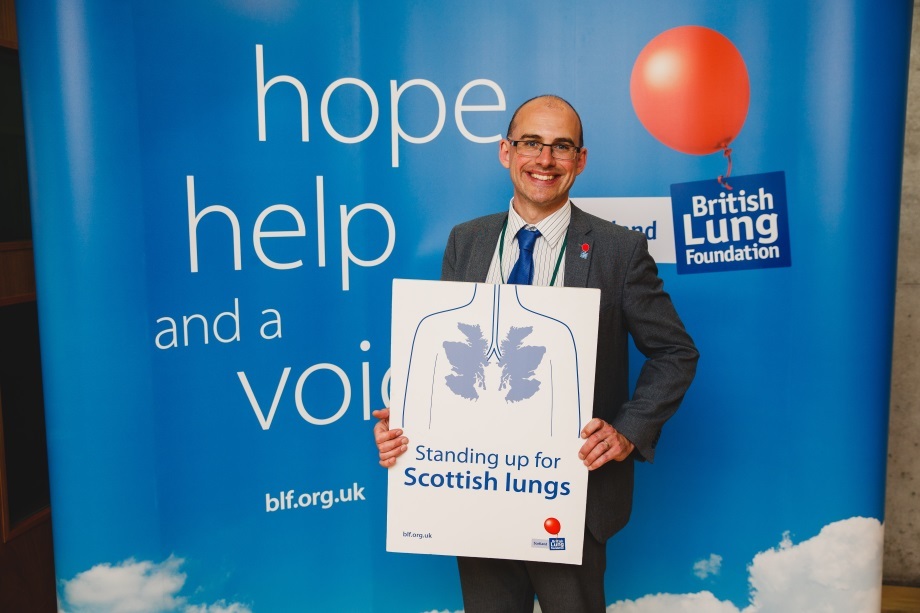 Imagine that you are trying to walk down a street, coughing and spluttering as you go, and you encounter a long stream of traffic, with exhausts belching out harmful fumes. You start to wheeze, and your chest tightens. Before you know it, you are getting sent to hospital in an ambulance to get emergency medicine to open your airways and help you breathe again. That is what the reality of living with a lung condition feels like, a feeling experienced by the 129,000 Scots who are known to have chronic obstructive pulmonary disease (COPD) and the many thousands more who are living with a lung condition without realising it.

Air pollution is bad news for everyone, but for people living with asthma, COPD or one of the many other types of lung disease, it’s especially dangerous. The tiny particulates (PM10 and PM2.5) that come from exhaust fumes, brake dust and tyre wear can irritate the delicate lining of the lung, triggering that flare-up of symptoms which can be life-threatening.

We know that air pollution is not only harmful to your health, it robs the public purse too. Research carried out by British Lung Foundation Professor James Chalmers at the University of Dundee last year found that intense increases or spikes in air pollution were directly correlated with visits to hospital by people with a lung disease called bronchiectasis. Bronchiectasis makes the lungs more vulnerable to air pollution by trapping the particles in the air that irritate the delicate lining of the lung.

Professor Chalmers estimated that if you made a modest reduction in air pollution levels, you would see 1,000 fewer admissions to hospitals and GP surgeries in the Tayside area alone. Even small changes in our approach to road traffic emissions would significantly reduce the costs of administering emergency respiratory care on the NHS.

We shouldn’t expect people with lung conditions to fear exposure to dirty air, and we know that vehicle emissions are one of the biggest contributors to unsafe levels of air pollution in our towns and cities. The introduction of Low Emission Zones (LEZ) in Scotland’s 4 four largest cities is an important step towards delivering cleaner air for Scotland.

There are many people who say that introducing Low Emission Zones is somehow uniquely punishing the motorist. That is far from the truth. Yes, older, more polluting vehicles will need to be compliant with the new emission standards enforced by the LEZs, but both residents and non-residents alike will rightly be given plenty of time to adjust to the changes. A real punishment would be to let things continue as they are, forcing people with lung conditions to gasp for breath when they most need clean air.

Ultimately, for people living with lung conditions, exposure to air pollution is a matter of life and health. Delivering cleaner air for Scotland is an essential part of improving our nation’s health. If we take decisive action now, we can give future generations the gift of clean air with healthy lungs.